Schedule:  Every year on 16th August 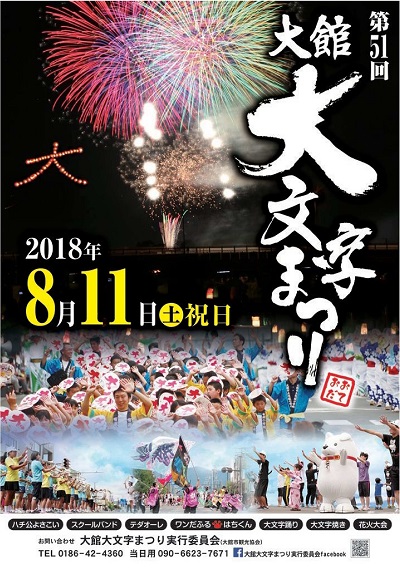 Odate Daimonji Matsuri is Odate’s seasonal event is held twice on the day, in the afternoon and in the evening.

At noon, many parades and performances will take place on Omachi Hachiko Street. There will be many people dancing the Odate Daimonji dance in yukatas (kimonos) and elementary school student’s band performances.

When the sun starts to set, the fireworks are set off by the Nagaki River.

At the same time, the character ‘大’ is lit up on the Houou Mountain which is located in the east of the city. This is to pray for the development of Odate city.

It is written on a steep slope on a mountain that makes the character ‘大’ looks beautiful from the ground level. 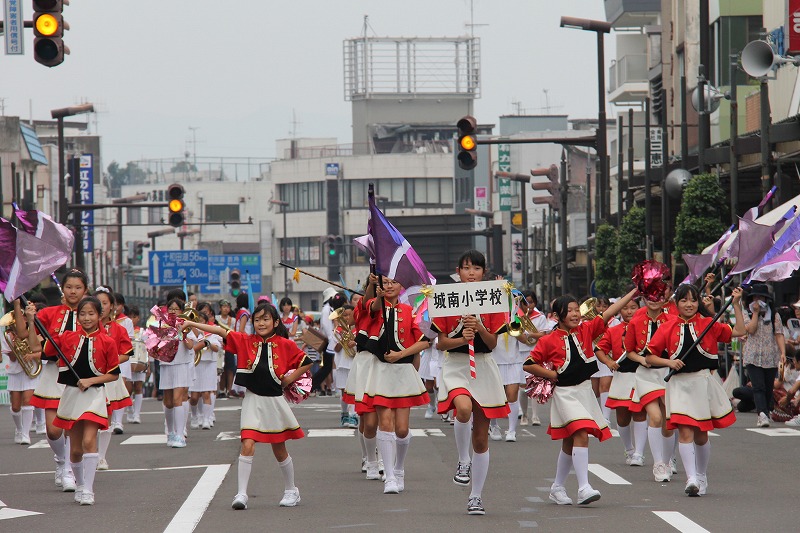 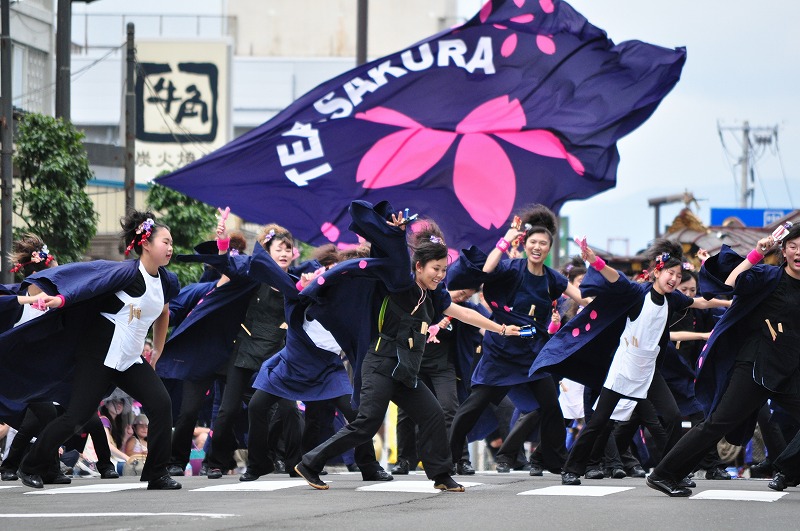 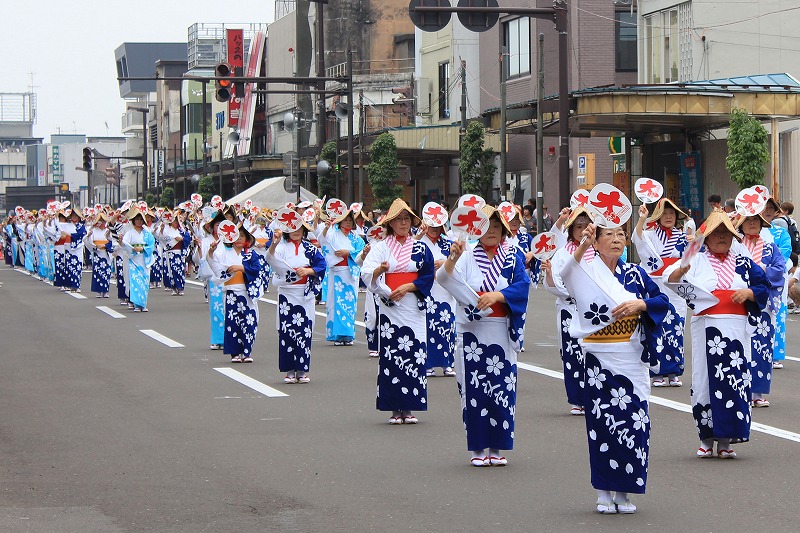 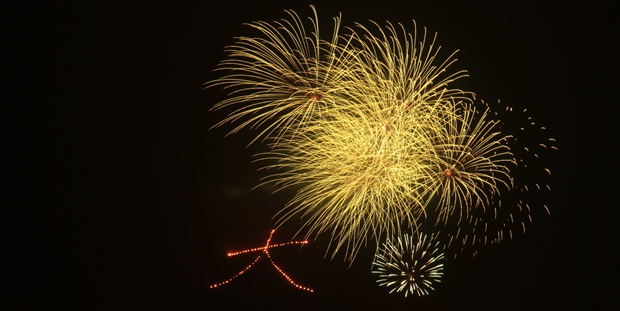 Japan’s biggest ‘Daimonji’ is lit up, and many fireworks are set off and it colours the midsummers’ night sky.

Thank you very much for those who have sponsored Daimonji Matsuri event and firework.