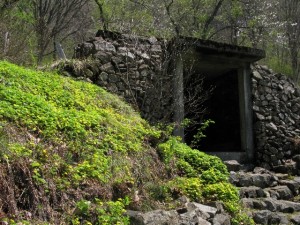 Nagabashiri wind caves are located at the foot of Mt. Kunimi, which is 454 meters high. The temperature in the wind caves stays low, between zero and five degrees Celsius, even during the summer months. Because of this, there are many alpine plants distributed around the wind caves at a hight of about 170 to 240meters.

Koji Sasaki, later known as the "King of the wind caves", built the first cold storage cellar in 1912, and six more thereafter. They were in use for 40 to 50 years. Tsugaru (Aomori) apples were stored in these wind cave facilities so that scheduled shipments could be made to metropolitan areas.

Nagabashiri Wind Caves Eco-Museum was established to show the mechanism and the usage of the wind caves. While you walk the path, you can observe the plants that can only be seen on high mountains. Please come and visit if you would like to observe nature and get a relief from heat.

About the Alpine Plant Communities around the Nagabashiri Wind Caves

There are rare plants such as Rosa acicularis and lingonberries, nearby the wind caves. You can observe them by taking 20mins to 30mins walk around the observing area. Please follow the rules and observe. 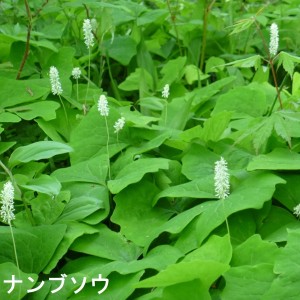 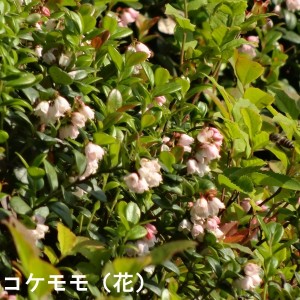 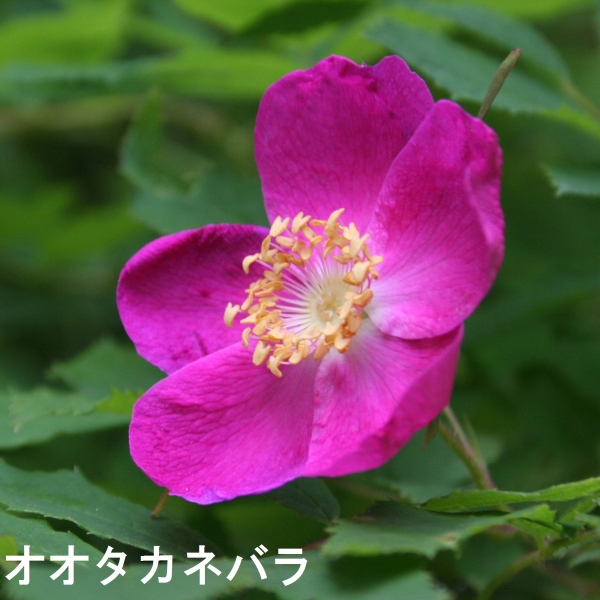 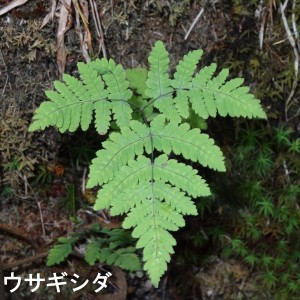 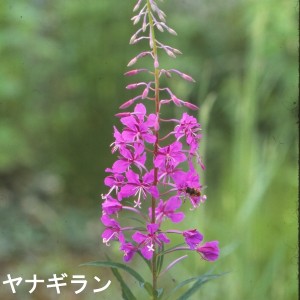 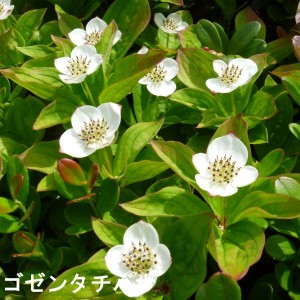 The wind cave was used as a cold storage room because it maintained low temperatures in summer time when there weren’t any refrigerators. Therefore it had a high value of being used. It was also used when the industrial activity took place.

The cold storage was used to keep silkworm eggs. But in Nagabashiri fruits, vegetables, fish, eggs, soy sauce and alcohols were kept in the cold storage. Mainly the Tsugaru apples were stored.

Koji Sasaki and the Shirasawa forestry office had created 9 wind cave cold storages. Currently, 7 of them can be visited.

Koji Sasaki visited Nagabashiri in 1902. He heard about the haunted house (wind caves) from the owner where he had stayed and found one.

Later, he had measured and did experiments repetitively at the wind caves and created the first refrigerator in 1912. Afterwards, he had run the wind cave refrigerators and protected the alpine plants communities.

Why does the cold air come out from the wind cave ? The air convection theory that was proposed by Takesaburo Araya was the most valued theory. 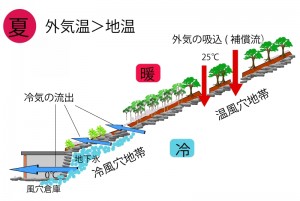 Summer
In summer, the cold air is given out from the lower part of the talus slope (cold wind cave) because there is ice in the underground, and outer air is taken in from the upper part for compensation.

Winter
In winter, the mechanism is opposite to summer. The warm air is given out from the higher part of the slope (warm wind cave), and is taken in from the lower part for compensation. Therefore, there is no snow around the warm wind cave during winter.

In the graph, the lines which synchronise each other shows that the outer air is taken into the underground. 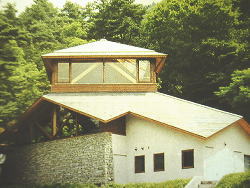 Nagabashiri Wind Caves Eco-Museum is one of the greatest visitor centers related to wind caves in Japan. There is information about the mechanisms of wind caves, mini-cinema showing photos and reasons of vegetation. You can go out for a walk from the 3rd floor (upstairs).

You can experience it by going into the cold storage no.1 nearby the Wind Caves Eco-Museum.

※Museum’s air conditioning uses the wind cave's cold air during summer. A tunnel was made to connect the wind caves in the underground to the museum so the cold air was able to flow inside.